Thanks mostly to Dave Chua, who filled up all the paperwork for the nominations, was amongst the recipients for this years YAA, which meant a visit to the Istana for the first time ever. Didn’t get to see much of the grounds though cos they were running on a tight schedule :p 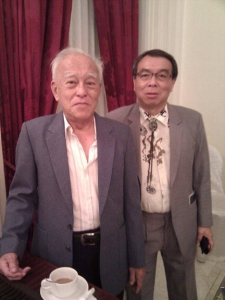 Dad and Grandpa and Mom were there…

And I got to meet the president for the first time! Later on he even mailed me a copy of his book. Does this mean I can park outside his house willy nilly now? :p

The award itself was under the Literary Arts category, which feels a bit odd; but then comics does combine both images and text, so maybe its hard to call it either way. David Mazzuchelli would probably say Everything Is A Drawing though :p

Been a while since the last post, since the Korea trip its been one thing after another. BICOF was mostly set up as way of getting artists from different countries to interact, scaled up this year cos they tied up with the ICC, with large contingents from Taiwan, Hong Kong and China, and much smaller parties of one from places like Russia, Australia, Mongolia and Singapore :p 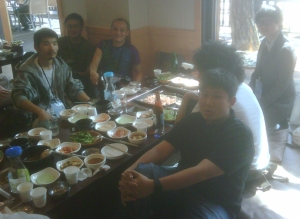 Quite a few Malaysian though; the Gempak folks were there too, it was nice finally getting to hang out with them a bit 🙂

My dad was hoping to try some Sum Kay Tong, a chicken soup speciality of some sort, but to no avail really, though we did manage to pick up a cook-it-yourself package right at the death at the airport heading back :p

Managed to accost a couple of artists i liked who were attending as well; Hell Baby’s Hideshi Hino and Walking Man Jiro Taniguchi! They were clearly superexcited to meet me too, though it was maybe hard to tell underneath that verneer of Japanese reserve :p 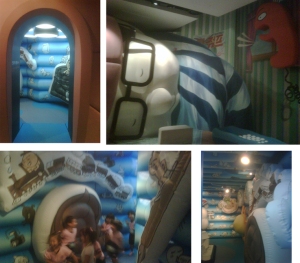 There was an amazing Manhwa museum in Bucheon, lots of cultural stuff to see and do, and every night ended with lots of alkie… 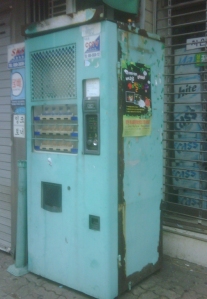 But the best bit was still getting to explore the city in the early mornings, just one foot before the other, getting a little lost, seeing things unseen, half-believing there was this whole other life out there, as though you were 17 again :p