In a similar vein over at iFanboy.com:

“Sonny Liew is a name you might not know, but you should. Eisner nominated and winner of the Xeric Grant, Liew (My Faith in Frankie, Flight, Sense & Sensibility) is a wonderful cartoonist. These 5 stories center on Atari and Oliver, a couple of street urchins, and their adventures. The book also features pinups by Skottie Young, Mike Allred, and Roger Langridge. I have no doubt that you’ll be hearing about this book come award season next year. Be in the know.”

An encouraging tweet, though perhaps one of questionable veracity : 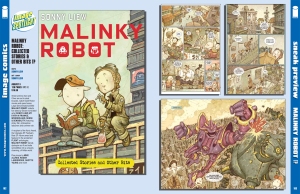 Street urchins Atari and Oliver are out to steal bicycles, watch Giant Robot movies and spend some Large Denominational Bills! 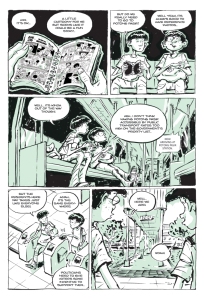 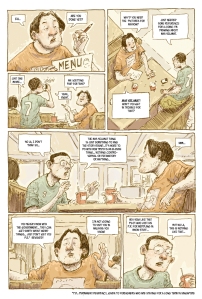 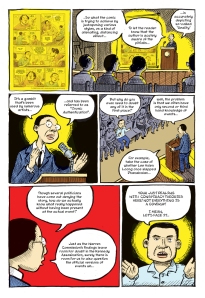 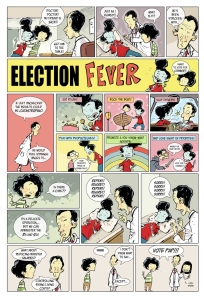 A new Chang & Eng comic to mark the upcoming elections! And a bunch from the past… 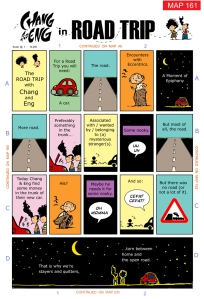 A nice short video featuring Canadian comic artists including the great Chester Brown, on the tools they use. 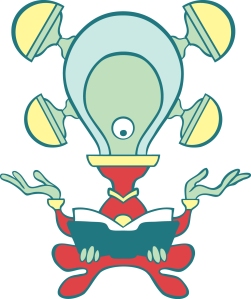 There’s a new comic store in town, Planerds at the 4th level of 313@Somerset. Haven’t had a chance to drop by yet, but this review suggests it might be close to what the Million Year Picnic is in Boston; a well designed and stocked store with mainstream, manga and alternative titles.

There’ll be signings by local creators this Saturday, 7 May (Election day!). So do drop by if you have the inkling 🙂 A copy of their press release/info here!

With MM Lee Kuan Yew saying that voters in Aljunied would have “five years to live and repent” should the opposition win in that GRC, it rasies again the question of whether the PAP sees themselves as a Party or  the Government.

Party-centric policies would make statements like “You must expect the PAP to look after PAP constituencies first” more valid, but it seems to make more sense that an elected government has a responsibility to look after the entire country, rather than rewarding/punishing citizens for their excercising their right to choose. Or perhaps opposition ward residents could start paying taxes only to the party in charge there.

In any case, at least no ones getting charged with sex tapes and sodomy, people aren’t falling off buildings, and Michelle Bachmann‘s nowhere in sight. 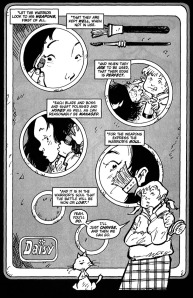 well kinda, sorta, in a netizens slinging barbs at each other kinda way, over at Scans Daily :p