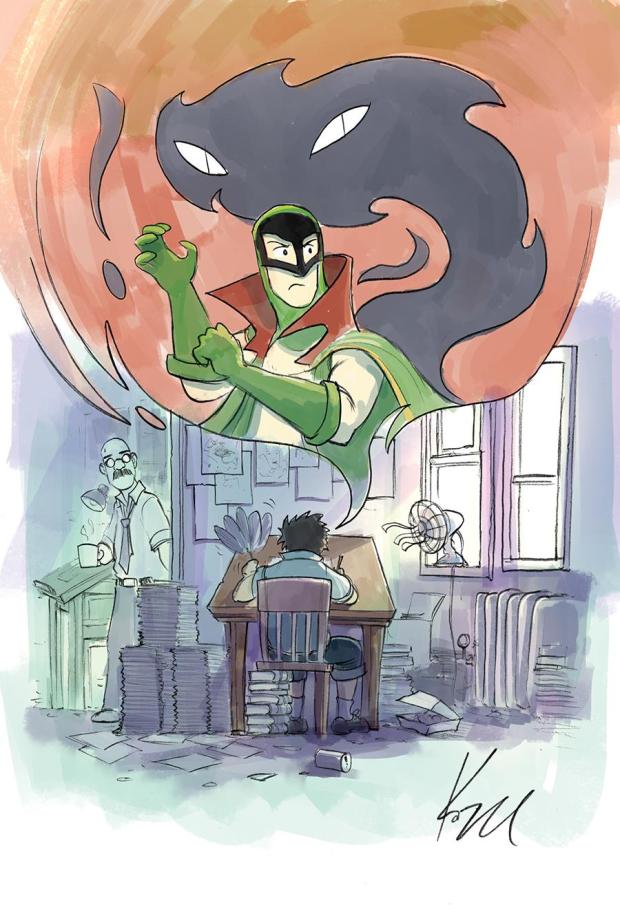 And The Shadow Hero gets a 10/10 rating in Newsarama‘s Review!

The Flight anthologies edited by Kazu were such fun to work on, and an inspiration for the Liquid City books, so very well chuffed to have Kazu do a piece!

And a big thanks for Forrest Helvie for the review 🙂

Who writes that Malinky Robot is “…quite possibly the most charming set of comics that I have ever read…a fantastic combination of urban fantasy and childlike wonder packed in a box of adventure …Atari and Oliver are fantastically written, lovable kids [and the] artwork was just astounding.” (5/5)

Over at Newsarama‘s Best Shot Extra, Wendy Holler says that “Malinky Robot is the real deal, the kind of book that should go not just on the must-buy list, but on the must-buy-for-friends list…[it] reads like something you’ve known all your life and also are seeing for the first time… a story of gentle tragedy, a near-future sci-fi comic with heart, a buddy story with an impressive supporting cast. The design is brilliant, and the storytelling is resonant in all the best ways.” (9/10)

Thom Atkinson of The Skinny Blog adds that “Malinky Robot: Collected Stories & Other Bits is an indie delight… Whimsical yet infused with failed futurism, this title is a truly unique read.”

And at Dave’s Comic Blog, Malinky Robot is “ buzz worthy ” and “…Liew has a lovely delicate style to his art so that what could look quite bleak instead feels more playful. And that’s the point it seems: in times of hardship you have to go looking for your own merriment. ”

Thanks to all for the positive words, really does mean a lot 🙂

The  fifth volume of the Kazu Kibuishi edited Flight anthology is out on July 11, and will include a Malinky Robot story called “100,000 Horsepower”

Here’s  a Newasrama interview with Kazu  🙂